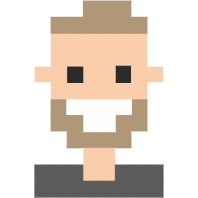 I am currently planning a trip to Europe spanning the end of August and early September. For sure I will spend several days in the UK, and I also plan a few days in Finland. Additionally, there is a possibility that I might do a quick trip to France between UK and Finland. I am enquiring about train pass options. My understanding is that the Eurail Global Pass is valid throughout the UK (and several European countries of course). However, when looking at the "Eurail in Great Britain" page (https://rail.cc/eurail-in-great-britain), it says that "Eurail is not available for Great Britain. To travel Great Britain by train, please have a look at the Britrail passes." Clicking the "EURAIL TRAIN UNITED KINGDOM RESERVATIONS" link on that page (https://rail.cc/eurail-train-reservation/united-kingdom/uk) leads to a page listing a number of regional trains in the UK under which one can read "You can not travel on this train with Eurail!". There are a couple of exceptions, e.g. Eurostar, Heathrow Connect, Gatwick Express, and ICBus. It would be very helpful to have a complete list of train lines for which the Eurail Global Pass is valid, vs. those for which it is not valid. I found this page on the Eurail Web site https://www.eurail.com/en/get-inspired/trains-europe/useful-train-information/participating-railway-companies listing participating railway companies included in Eurail passes by country, and several railways operating in Great Britain are listed, so I guess this confirms that the Eurail Global Pass is valid in the UK. If the initial page mentioned in this post (https://rail.cc/eurail-in-great-britain) is wrong and misleading, it should be deleted. It was among the top-10 results obtained using the StartPage search engine.

Compare cheap hotels and save money.

You are correct that the rail.cc page is wrong - and much is out of date. The reservations page isn't just wrong about Eurail not being valid, it refers to train companies that no longer exist such as Virgin who lost their franchise nearly 4 years ago, and it has operator codes that are fantasy.

But why go through life relying on trends and paid for positioning from search engines, it would be more sensible to find the OFFICIAL page of whatever it is you need. Eurail themselves aren't 100% accurate, Heathrow Connect doesn't exist anymore (it's now part of TfL Rail and they do accept Eurail -but Heathrow Express don't). Gatwick Express accepts Eurail but didn't run at all during the pandemic. Eurostar offers a discounted fare for Eurail Global passholders. Bear in mind that the official Eurail pages are based in Netherlands and not created by people with English as first language,or have any experience of travelling here.

Reservations aren't compulsory in GB and in many cases aren't needed.

Where they are needed is the line Holyhead-London. I had once a pretty hard time (arrived with a delayd ferry) to find a seat there without reservation.

@Arend7: Thank you for clarifying the status of rail.cc. I assumed it was legit when I saw that it claims to be partnering with Eurail, ACPRail, national companies, etc. Should I assume that other “unofficial” websites such as raileurope.com should not be relied upon? If eurail.com itself should not be assumed to be 100% accurate, where can be find reliable information? Are national companies the only reliable sources? I missed the days when I planned a trip and went to Japan in 2018:The English pages of JR turned out to be 100% accurate. I bought a Japan Rail Pass from ACP, I felt very well-prepared, and everything went as expected. Thanks in advance for any relevant follow-up.

raileurope is the foreign sales office of French state railways (although it's based in England, presumably for tax purposes). ACP will tell you that GB seat reservations are about $7 each, in fact they are free but not normally available outside GB, ACP have access and charge for the service.

eurail.com ought to be the definitive answer but they aren't always reliable, if you check the same page in different languages you may find different answers. They got caught out by the row in south east France a few weeks when passes were suddenly barred on regional trains.

PS - under no circumstances get involved with any site, however official it looks, if it mentions railninja in small print at the very bottom of the screen or in the "about us" section.

Dear @MisterSteve, Thanks for the advice. I guess nothing beats someone who is knowledgeable and experienced when it comes to the nitty-gritty details of travel planning. Best, JF.

Yes, we do! But only what's necessary for the site's functionality.

No tracking, no collecting private information, nothing at all.